An Englishman in Los Angeles, the work of Tim Street-Porter has variously been described as ‘a bath of gorgeousness’ (LA Times) and ‘epic and lush’ (Vanity Fair). A self-taught photographer, Tim’s innate style and training as an architect have made him one of the world’s most sought-after architectural photographers.

After cutting his teeth as a photographer for Harpers & Queen, Tim has gone on to publish seven books, collaborate as Principal Photographer with the world’s leading interior designers and win numerous awards. His client list includes Benedict Taschen, the Standard and Chateau Marmont Hotels, David Rockwell, World of Interiors, Architectural Digest, Elle Décor, Belle and countless others.

Tim will be bringing his unique eye and international perspective to Australia in July, where he will be making a keynote presentation of his work on Friday 21 July, as part of the Australian House & Garden International Seminar Series at Decor + Design.

In the lead-up to the show, Tim gave us some insights into his background and some of the extraordinary properties he has photographed.

Tim, you originally trained as an architect. You’ve since become one of the world’s foremost photographers of both architecture and interior design. What originally took you behind the lens?

I studied architecture in London, which was great. I loved designing the class projects, and it was only when I was getting close to graduation that I realised that in the real world I would need real world clients. Lacking the rich uncle who needed a dream house, I was about to be thrust into an office doing window details for the local council.

Photography was already a hobby, was creative, and did not involve being stuck in an office. I went to Paris, did some hot new design stories on spec, and sold them to Queen magazine (now Harpers & Queen). They gave me four pages and a variety of assignments. All I lacked was technical expertise. My first job was an Art Deco hotel in the Strand, opposite the Savoy. The art director had loaned me a Hasselblad, and I remember going across the street where there was a camera shop – to show me how to load the camera!

I always wished I had apprenticed with someone to learn the ropes, but was always able to bluff my way – partly by hiring skilled assistants. 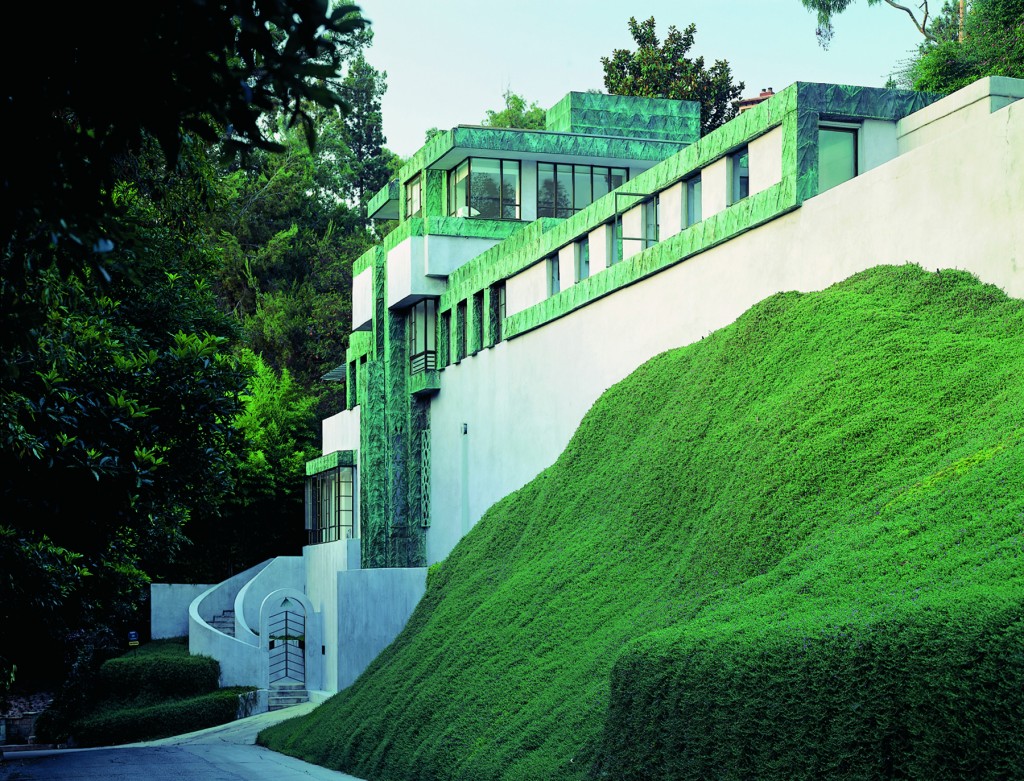 You’ve photographed some of the most incredible modernist homes in Los Angeles. Are there any standouts that still resonate with you?

Hard to pick a stand out house in Los Angeles – there have been so many. Houses are reflections of the owners as well as being architectural statements, so they have personality. This factors into how I remember them.

Los Angeles has so many extraordinary Modernist houses, and I’ve photographed many of these. I particularly love the Streamline Modern house that the 30s MGM set designer Cedric Gibbons built for his wife Dolores Del Rio in Santa Monica Canyon. It’s just about the best house in Los Angeles- so romantic, glamorous and architecturally desirable.

I’ve just done a book on the Modernist houses of Palm Springs – Palm Springs, A Modernist Paradise. Some of these are extraordinary and quite grand. However, my favorite might very well be a tiny cabin (1,000 square feet, whatever that is in metres) built into the mountainside, overlooking the city. It was built by Albert Frey, a Swiss architect, using corrugated metal and glass. He worked on it for years to get it exactly right for himself – it was his own home. It is preserved and restored by the Palm Springs Museum. I spent a half day there, with my wife Annie Kelly, and we both agreed we could happily move right in. We loved it!

Otherwise there is the Elrod House by John Lautner, which is amazing – grand, monumental and organic. That would suit me too! 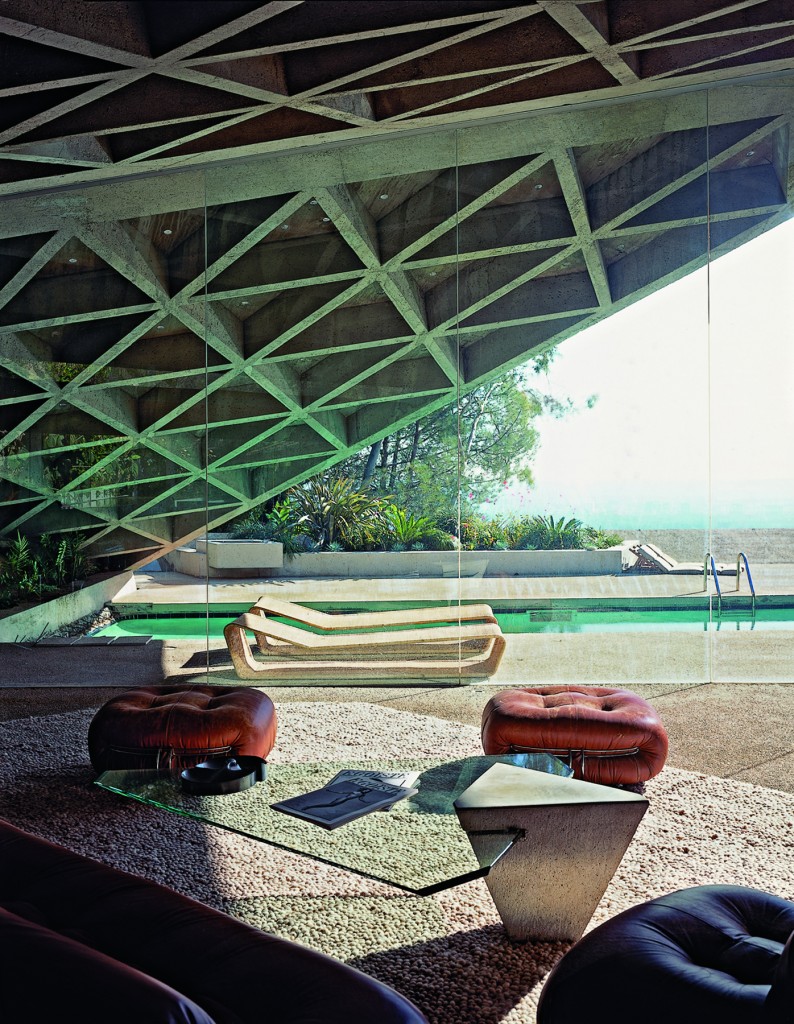 You’ve also worked with renowned interior designers. What are the unique challenges of interior photography versus exterior? Are there any designers you particularly enjoy working with?

I don’t see a difference between shooting interiors and exteriors – they both need you to create good pictures. I’m always looking for the best angle, the best lighting, and the purest composition.

I most enjoy working with designers and architects whose work stimulates me. I love shooting interiors that are bracing and filled with visual surprises, like a Zaha Hadid couch in an English country house by Lutyens.

Your book on the architecture and homes of Palm Springs is due out shortly. How would you describe the Palm Springs aesthetic? There seems to be quite a buzz about the place lately.

Palm Springs is hot right now. It has over 5000 Modernist houses, more than anywhere else in the world.

It’s been discovered by a new generation of design-savvy weekenders from LA and elsewhere. These include a large number of wealthy young executives from LA’s entertainment industry. They share a love for its relaxed vibes and architecture in a setting reminiscent of Morocco, with a crystal-clear desert light, date palms and ring of mountains. 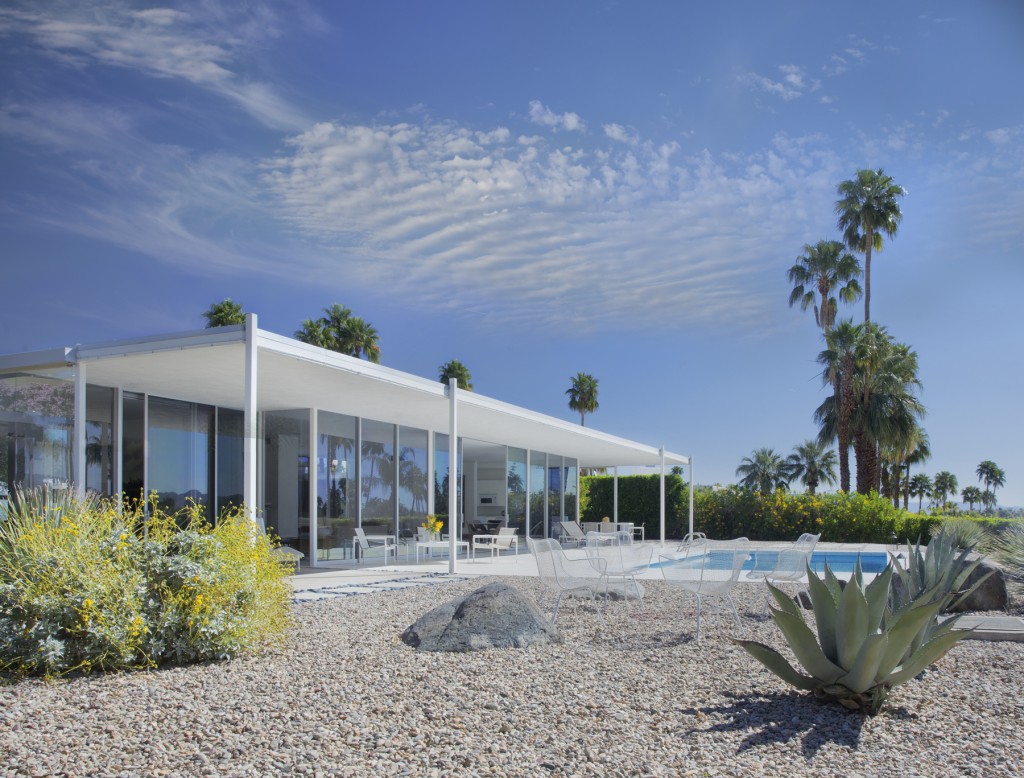 The annual Modernism Week is every February. This year’s attendance, a sharp increase from last year’s, was around 97,000. The small but very pretty airport on the edge of town now has non-stop flights from New York, London and Paris. Also, it’s an easy 2-hour drive from LA.
For my book I looked for the best houses – examples that have been correctly restored and stylishly furnished. I avoided the over-exposed old chestnuts, and was very open to more edgy houses that have remained under the radar.

Palm Springs houses are typically single story with a flat roof. Expect lots of glass, cool interiors with terrazzo floors and stylish mid-century furnishings. The backyards, landscaped with cacti, have a pool and a surrounding vista of palm trees and mountains. Mt. San Jacinto, behind the town, is 3000 metres high and visible everywhere.

My book, Palm Springs: A Modernist Paradise was conceived, photographed and written by me. It’s published by Rizzoli and comes out next February – just in time for Modernism Week.

I decided to do the book because the timing seemed good, but also because we have hung out there since around 1980 and have always been fans. So this was an excuse to spend more time there and explore it in more depth.

Don’t miss Tim Street-Porter at this year’s Decor + Design show. He will give a fascinating insight into some of the world’s most exclusive homes and a visually arresting peek into the work of global design powerhouses including Martin Lawrence Bullard, Jonathan Adler, Robert Couturier and Mary McDonald.

Decor + Design is Australia’s No.1 Interiors event, co-located with the Australian International Furniture Fair. This year will be bigger than ever, with over 250 exhibitors, the VIVID design competition and the Australian House & Garden International Seminar Series featuring thought leaders from across the design world. Register now.