01 JunThe rise of the maker in Australian design 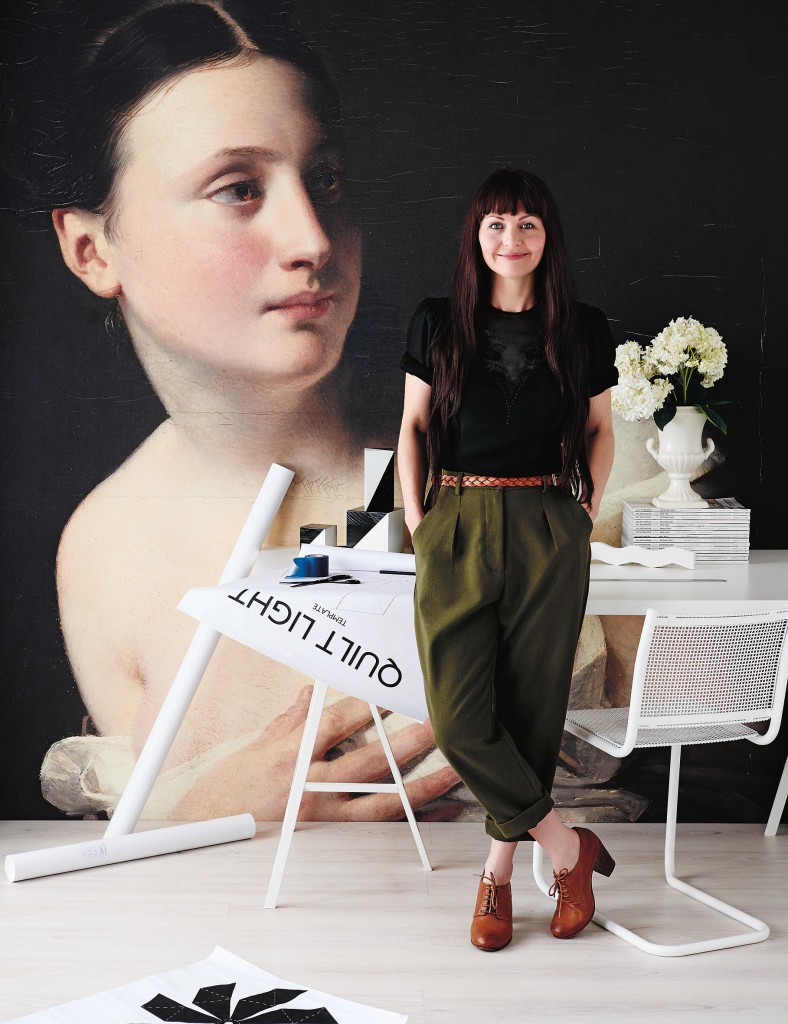 Image by Eve Wilson taken from The Maker, published by Murdoch Books

This year the International Seminar Series will explore and celebrate Australian design and examine the global influences and trends emerging for the industry.

Tamara Maynes, maker, stylist, author and creative director of The Establishment Studios (Melbourne) will take to the Seminar stage to discuss The rise of The Maker in Australian design.  Tamara will be joined by long-term supporter/collaborator and friend Tracy Lines and Australian House & Garden senior features editor Liz Wilson.

A pioneer of Australia’s modern craft movement, Tamara works diligently/passionately as an advocate of the value of craftsmanship, good design and considered raw materials. We met with her ahead of her upcoming seminar to chat about inspiration, advice and projects:

What inspired your love of creating?

Growing up alongside my parents own creative practises allowed me to play around with a variety of materials and techniques. This not only gave me a strong creative foundation but encouraged me to think creatively and form a curiosity around how things are made. The fact that this was all happening on a sheep and cattle farm in rural NSW meant that I was somewhat detached from the outside world and making things for myself became my outlet for self-expression. My inspiration revolved around what I could see in my mind but didn’t have access to in my world – so I created it.

What was the very first thing you ever created that was sold? Tell us about it?

Ha! This is not the sophisticated tale I would prefer to tell but here goes… The things I created were purely for me until I was in my early twenties. At this stage, I was pursuing a career in fashion and I decided to produce a small clothing range with my now husband, which we sold at Glebe Markets in Sydney. His being a musician meant we were involved in the live music scene so naturally our pieces targeted that market. Everything was black, tight and not very comfortable! Hilariously the label was called ‘Pigpen’ after the character in Charlie Brown and not surprisingly it only lasted a few months… however selling that first piece was addictive and very satisfying!

You have worked on a number of collaborations with and commissions for some pretty super creatives and clients, what would you say is your proudest career achievement? 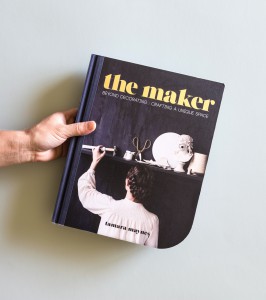 Being invited to exhibit my product design alongside Supercyclers at both London and Milan Design Weeks were pretty amazing, but authoring my book, The Maker, wins this title hands down. It was an ambitious project taking on the research, curating, production, writing, styling, and making to pull this project together into 274 pages of beautifully bound inspiration. There were definitely moments when I struggled to stay confident in what I was hoping to achieve, but with Tracy Lines by my side from project conception through to publication, I remained strong in my resolve. It’s not every day you get the opportunity to be that creative across every aspect of a project, so in terms of a career achievement, I’m incredibly proud of the highly considered result.

I love that the maker is not only on the rise in Australian Design, but that the making element is now being considered such a valuable one within design. In the past you were seen as a maker OR a designer, but, having never practised these two crafts separately, personally it seems only natural they sit together equally. Having said that, I understand that the value of the maker on a broad scale was lost within the Industrial Revolution and I believe its recent revival in Australia and the rest of the world, ironically, is a result of technology and the internet. We saw a revival in the 1970’s but without these aspects it didn’t stick… this time around I believe we’re here to stay – locally and globally.

The Maker provides inspiration and information for mastering your chosen craft and using these skills to create. If you could provide one piece of advice to help us get started what would it be?

Knowing your drivers is the first step and developing a level of self-awareness is key to uncovering these. What drives you? These could be your values, connection to a certain raw material or technique, love of history, your upbringing, or a fascination with colour, shape, or nature etc. You also have to spend time developing a ‘maker’s eye’. Makers have a certain way of looking at the objects around them: a tendency to study them visually, exploring and deconstructing until they make sense, until it’s understood how the object was formed and from what, stopping only when a connection is formed to the hand that made it. I liken it to the chef who can instinctively pinpoint ingredients with their tastebuds while eating another’s food. In a nutshell: my advice would be to become passionate!

Join Tamara and many other industry experts at Decor + Design and the Australian International Furniture Fair on 21st and 24th July, at the Melbourne Exhibition Centre.

Visitors can register to attend and purchase tickets by clicking here.