The 2022 Super Bowl halftime show in Los Angeles lit up faces around the world, taking it old school with some of the greatest heroes of hip hop! With a global audience in the hundreds of millions, the Super Bowl is a unique platform not only for athletes but for musical artists and stage design.

Led by Dr. Dre, this year’s set featured hip hop legends Eminem, Mary J Blige, Snoop Dogg and (relative) newcomer Kendrick Lamar, as well as surprise guest 50 Cent. Social media exploded during the performance, buzzing with both the nostalgia and the layers of meaning. The NFL has been beleaguered by racial divisions over the past few years and Jay-Z’s production company Roc Nation took control of the halftime show in 2020 to “amplify” the league’s social justice efforts.” (LA Times)

Dr. Dre worked on the creative production for the 2022 show with the London-based Es Devlin Studio, to create a replica of a street in Compton, LA. Dr Dre helped pioneer West Coast rap while coming up in Compton, and the design was brimming with symbolism. 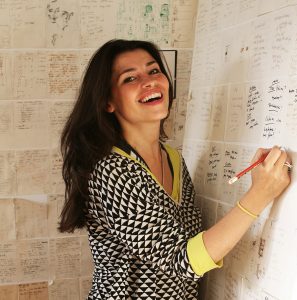 When stars want something special, they come to Esmeralda ‘Es’ Devlin. She has worked with some of the biggest names in music, including Beyonce, Billie Eilish, Adele, Kanye West, The Weeknd and U2. Her London studio produces ‘large-scale performative sculptures and environments that fuse music, language and light,’ such as the 2012 London Olympics Ceremony.

“Her live shows stand apart as the benchmark for her industry and set the bar of what is possible in a physical space.” (Porter magazine)

Hailing from East Sussex, England, Devlin originally studied Literature at Bristol University before doing Theatre Design at Central Saint Martins. From there, she has gone on to become one of the most sought-after set designers in the world and was made an OBE in 2015. Her numerous plaudits include the London Design Medal and three Olivier awards.

Designing an Iconic Set for the Super Bowl

For the Super Bowl, Devlin and her team worked with Dr. Dre to produce a set that was an emotional trip down memory lane for LA and Compton residents, almost as much as the hip hop classics the performers belted out! 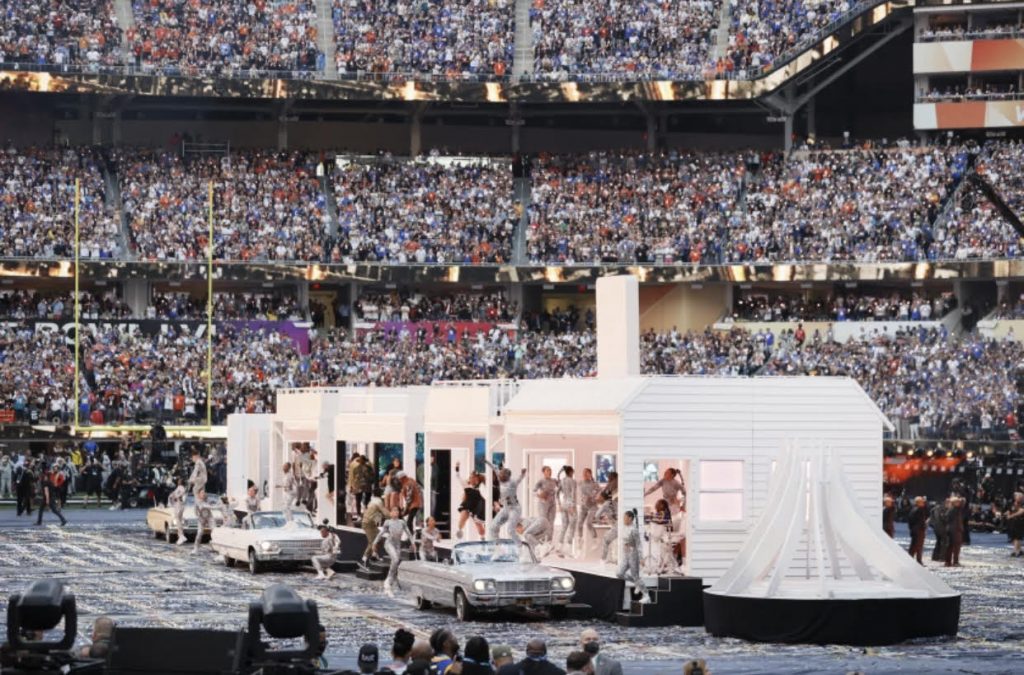 The Martin Luther King memorial at the side of the set, Super Bowl 56. Image: LA Times

Legendary Compton dance club Eve After Dark, where Dre first cut his teeth, had a marquee sign. Tams Burgers No. 21 was represented, as was the giant doughnut sign of Dale’s. The Martin Luther King memorial in Compton bookended one side of the stage. Tams Burgers – which features in a Kendrick Lamar song – has since gone viral, with fans and news crews gathered outside the next day.

The event showed how design is as fundamental a language as music, with the vision of Es Devlin and Dr. Dre coalescing in an unforgettable event.

Live events are back with a bang in 2022! If you’re in the world of design, the 18th edition of Decor + Design will be a major destination for the industry, taking place from 14 – 17 July at the Melbourne Exhibition Centre. Subscribe now for updates on the world of design and to be notified when trade registration opens.