Richard Rogers is undoubtedly one of the world’s best known architects. Born in Italy but educated in England, he is still active at the age of 82 and has had an enormous and lasting impact on the international design and architecture landscape.

His projects arch from the famed Centre Pompidou in Paris, the Millenium Dome in London, the Las Arenas in Barcelona, to numerous stylish but sustainable office buildings in sought-after CBD locations across the globe.

Sydney boasts a Rogers’ buildings in the shape of 8 Chifley Square, also known as the ‘suspender building’ because of its bright red crosses. Rogers Stirk & Harbour, together with the Australian-based Lippman partnership, created a building for the future of Australia, inspired by the idea of a vertical village and with a six star green sustainability rating. With a first floor cantilevered six stories above the ground, one striking feature is the huge public forecourt beneath the building.

Meanwhile, the interior ‘villages’ are criss-crossing atriums of multi-layered floors, creating an open, highly modern feel. With two spacious roof terraces, it is a building with which Rogers has interpreted the Australian attitude to living and melded it into one of the most desirable office spaces in the city. 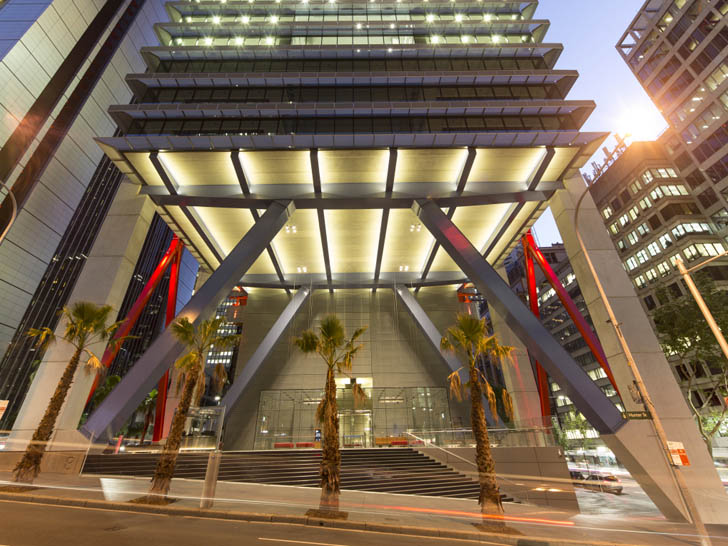 Perhaps Rogers’ most famous work is the extraordinary Centre Pompidou in Paris, in partnership with the Italian architect Renzo Piano. Opening in 1977, it is the most-visited building in Europe. When one thinks of the competition – the Eiffel Tower, the Louvre, the Coliseum, the Leaning Tower of Pisa – that’s quite a feat! The Centre Pompidou houses the Bibliothèque and the Musée National d’Art Moderne, Europe’s largest modern art museum. However, it is just as frequented by visitors who wish to observe Rogers’paean to anti-monumentalism and movement. When seeing the building for the first time, it feels like all the innards have been ripped out and are undulating on the outside…yet somehow…it works. Rogers worked around the themes of skin and structure, flexibility and technology, then a hallmark of his design. The Centre Pompidou is now as much a part of Paris as the Eiffel and is a beautiful, unstructured juxtaposition against the 18th Century buildings of the Marais district. 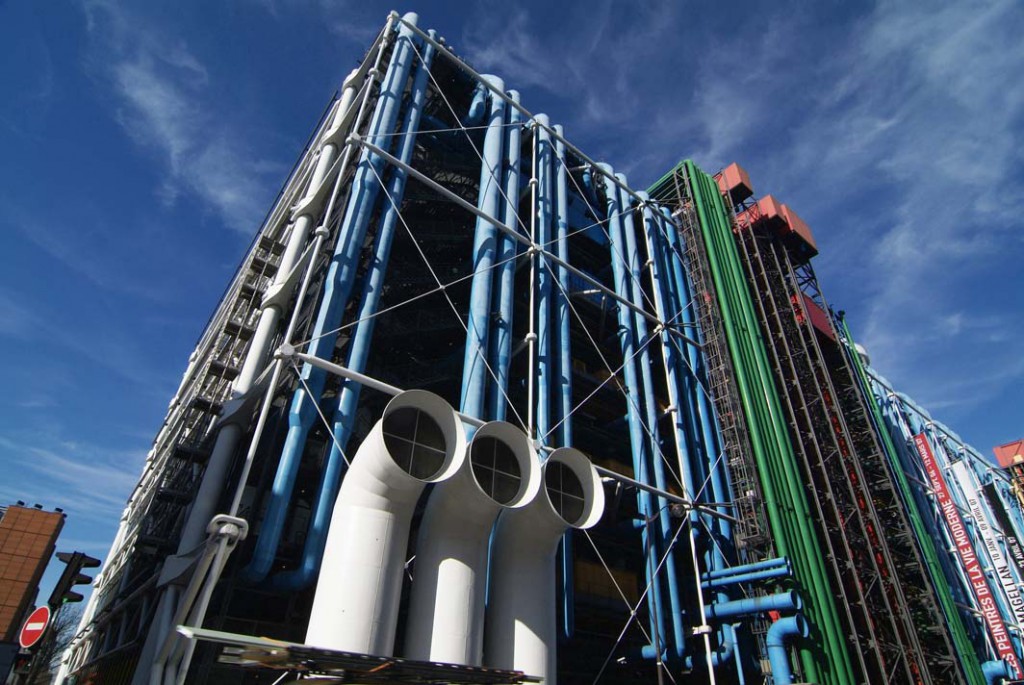 Of course, no architect who breaks the mould ever received universal praise from the outset. The Pompidou was incredibly unpopular at first. Halfway through construction, Rogers was sent a letter signed by 47 French intellectuals “objecting to this thing that will ‘dishonour’ Paris”. In truth, the letter was a copy of the one sent to Eiffel objecting to his tower, and was sent by a supporter to pep up Rogers’ morale. It is useful for the aspiring designer or architect to keep this lesson in one mind – people will often feel threatened by a departure from the status quo and the natural response to feeling threatened is to attack. It is worth pushing through a project you believe in.

What kind of design do you believe in? Visit the VIVID design competition at Decor + Design 2016 to see how Australia’s emerging design talent are redefining the boundaries of furniture and product design.